The National Police Service (NPS) has issued a warning in response to a viral video that has been making the rounds on social media and depicts a young person supporting George Wajackoyah, a presidential candidate for the Roots movement, while smoking the illegal narcotic marijuana.

The National Police Service said in a statement dated June 30 that Kenyans who distributed and shared the video were also breaking the law.

The police additionally stated that sharing the video would be a further violation of the minor’s civil rights who was caught consuming marijuana.

“Those spreading the clip are also abetting the violation of the law and rights of the minor, and should cease and desist from the onward transmission of the same,” part of the statement read

Their statement claims that the kid may have been motivated by the current political discussion around the legalization of marijuana in Kenya.

“The language used in the clip seems to confirm this suspicion, given that reference is made to an ideology propagated by a section of the ongoing politics. And of extreme concern is the fact that the act and its filming seems to be done by either an adult or adults, all unperturbed by what is transpiring. This is not only wrong and immoral, and infringing on rights of a minor by adults, but outrightly criminal and punishable by law,” the police statement read.

Police have declared a drive to find Kenyans who are taking the illegal substance in violation of the law after the occurrence.

“As we continue to educate the public on the negative impact of abuse of illegal substances on one hand, and also as we scale up our surveillance and enforcement campaigns against drugs and illegal substances,” NPS affirmed.

Wajackoyah announced his ambitions to legalize marijuana usage when he declared his candidacy for president, citing the drug’s medicinal value for Kenyans. The legal expert emphasized once more that legalizing it would aid in debt repayment for the nation.

“We will grow marijuana for export to those who consume it outside of Kenya. This will allow us to earn money that we can utilize to economically improve our nation “Wajackoyah made a comment. 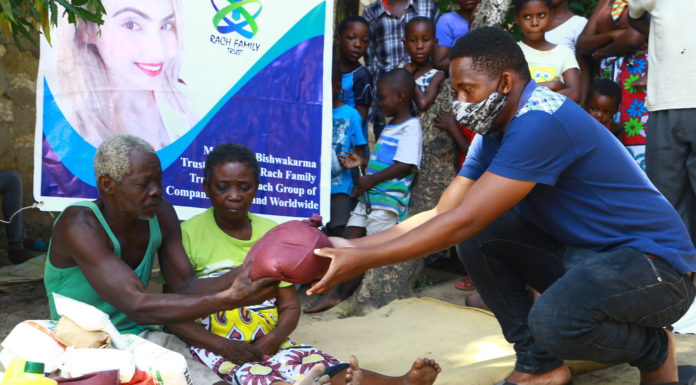