The fight against the coronavirus pandemic has received yet another boost after Kenya National Gun Owners Association (NGOA) trained the first batch of 88 police officers in Nakuru on how to protect themselves and interact with members of the public during this health crisis.

Deputy County Police Commander Joseph Tanui said law enforcement agents were part of frontline officers in the war against Covid-19 having been deployed to enforce the laws and regulations put in place to contain the spread of the pandemic including border patrols, cessation of movement, and curfew.

Speaking after the training at Kingdom Seekers Hall, Mr Tanui said the officers would serve as part of primary informants for the government after being equipped with latest information on surveillance, detection and prevention of Covid-19.

NGOA has so far trained over 4,600 police officers drawn from 26 counties on how to sanitize their firearms, handcuffs and use protective gear without endangering their lives. The Association’s National Vice Chairperson Engineer Sammy Onyango said the next training will be conducted in Kericho before being rolled out in West Pokot and Turkana Counties.

Engineer Onyango stated that though no single police officer has been reported to have contracted Covid, they were at a greater risk as they were handling people who refuse to keep distance, wear masks, stay at home, wash hands and even want to move around contrary to cessation of movement directives.

The NGOA Vice Chairperson said though the nature of police training equipped them with sufficient knowledge on disease outbreaks and natural disasters, it lacked specifics on how to handle a pandemic like Covid-19

He said the officers had been trained on simple measures such as disinfecting their belts, uniforms and boots whenever they come into contact with any individual in the course of their duty.

The officers have also been trained on how to disinfect patrol cars using disinfectants and effective ways of fumigating cells and offices within police stations.

“We are continually updating our police officers with new research findings about Covid 19. In our training module, we are encouraging them to limit their exposure to persons who may be ill by always wearing personal protective equipment while responding to a situation that requires close contact.

Duty belts and other gear should be cleaned using disinfecting wipes or spray daily. If their uniform has come into contact with bodily fluid (saliva, sneezed/coughed on or exposed to blood) they need to change into a clean uniform as soon as possible and wash the clothing in hot water with soap,” he said.

Onyango said that the equipment will boost the officers’ morale to combat Covid-19. Many officers have complained of lack of protective gear to fight the virus. 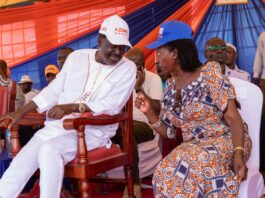 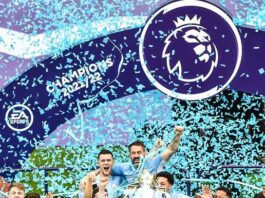