Kenyan presidential candidate, Raila Odinga will fly out of the country on Friday for a week-long visit to the United States.
The tour comes barely a month after the ODM leader strengthened his international networks by touring the United Kingdom, where he held media interviews, met senior UK government officials, and met Kenyans living in the UK.
Mr. Odinga is expected to utilize his trip to the United States to explain his candidacy and plans for the country to the international community.
According to an itinerary shared with the Nation by a source from the ODM leader’s campaign secretariat, Mr. Odinga would leave the nation on April 22 and return on April 29.
His tour will begin in Washington, D.C.
Odinga’s trip to the United States begins on the last day of the party primaries.
The ODM chief is set to meet with the Black Congressional Caucus and other US politicians in Washington, DC.
Governors Wycliffe Oparanya (Kakamega), James Ongwae (Kisii), Martha Karua, former Aldai MP Sally Kosgey, Homa Bay Senator Moses Kajwang, and Kathiani MP Robert Mbui will accompany Mr Odinga.
The presence of Dr. Kosgey, a former powerful civil servant in President Daniel Moi’s administration, Ms Karua, and other key ODM friends demonstrates how important the trip is to Mr Odinga.
Dennis Onyango, Mr Odinga’s spokesman, told the Nation that the full itinerary will be revealed at the appropriate moment, with the caveat that the software is still in development. 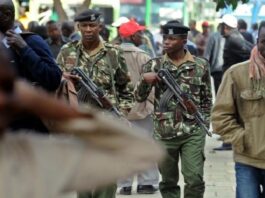